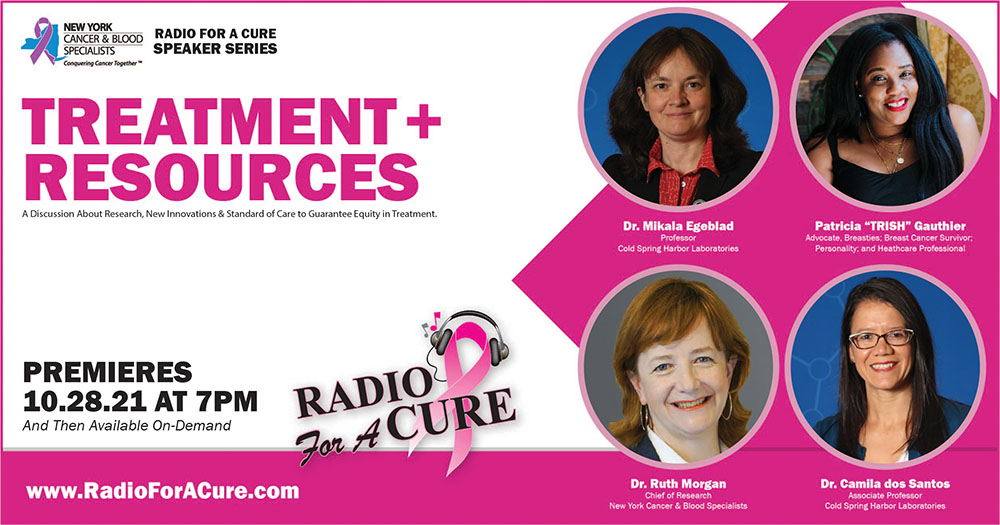 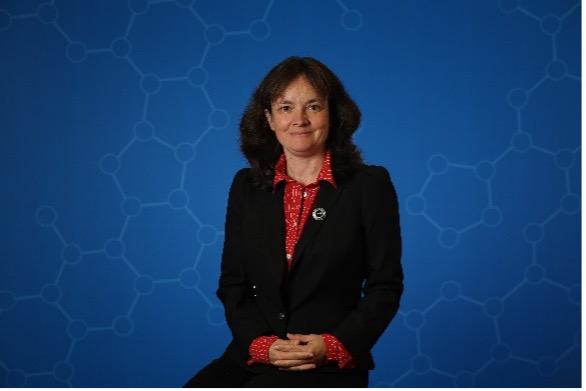 Mikala Egeblad and colleagues study cancer and, in particular, the microenvironment in which the cancer cells arise and live. Solid tumors are abnormally organized tissues that contain not only cancer cells, but also various other stromal cell types and an extracellular matrix, and these latter components constitute the microenvironment. Communications between the different components of the tumor influence its growth, its response to therapy, and its ability to metastasize. Among the tumor-associated stromal cells, the lab’s main focus is on myeloid-derived immune cells, a diverse group of cells that can enhance angiogenesis and metastasis and suppress the cytotoxic immune response against tumors. Egeblad is interested in how different types of myeloid cells are recruited to tumors and how their behaviors—for example, their physical interactions with cancer cells and other immune cells—influence cancer progression, including metastasis. The Egeblad lab studies the importance of the myeloid cells using mouse models of breast and pancreatic cancer and real-time imaging of cells in tumors in live mice. This enables them to follow the behaviors of and the interactions between cancer and myeloid cells in tumors during progression or treatment. This technique was instrumental when the lab showed that cancer drug therapy can be boosted by altering components of the tumor microenvironments, specifically reducing either matrix metalloproteinases (enzymes secreted by myeloid cells) or chemokine receptors (signal receptors on myeloid cells). Most recently, the Egeblad lab has showed that when a specific type of myeloid cell, called neutrophil, is activated during inflammation it can awaken sleeping cancer to cause cancer recurrence. The neutrophils do so by forming so-called neutrophil extracellular traps, structures of extracellular DNA and these alter the extracellular matrix surrounding the sleeping cancer cells to provide a wake-up signal.

Camila dos Santos’ laboratory studies the epigenetic regulation of normal and malignant mammary gland development, with an emphasis on the alterations brought by pregnancy. Significant changes mark the pre- and post-pubescence mammary developmental stages, but those associated with pregnancy have the greatest effect on cellular function, tissue reorganization, and breast cancer susceptibility. Her group has recently found that mammary glands react differently to a second pregnancy than they do to the first one, with associated changes in DNA methylation. These findings suggested that pregnancy changes the state of mammary cells, and these may permanently alter how they react to the next pregnancy. In addition, the dos Santos lab is exploring how the pregnancy-induced epigenetic changes might influence cell transformation and the risk of breast cancer. This research utilizes genomic and computational approaches to define the pre and post-pregnancy mammary epigenome. An additional objective of the dos Santos’ laboratory is to use functional genomics to discover novel transcriptional regulators that modulate mammary stem cell self-renewal, lineage specification, and cell transformation. The long-term objective of Camila’s group is to improve the notion of the mammary epigenome during normal development and use this information to gain insight into new preventive and curative strategies to target breast cancer. 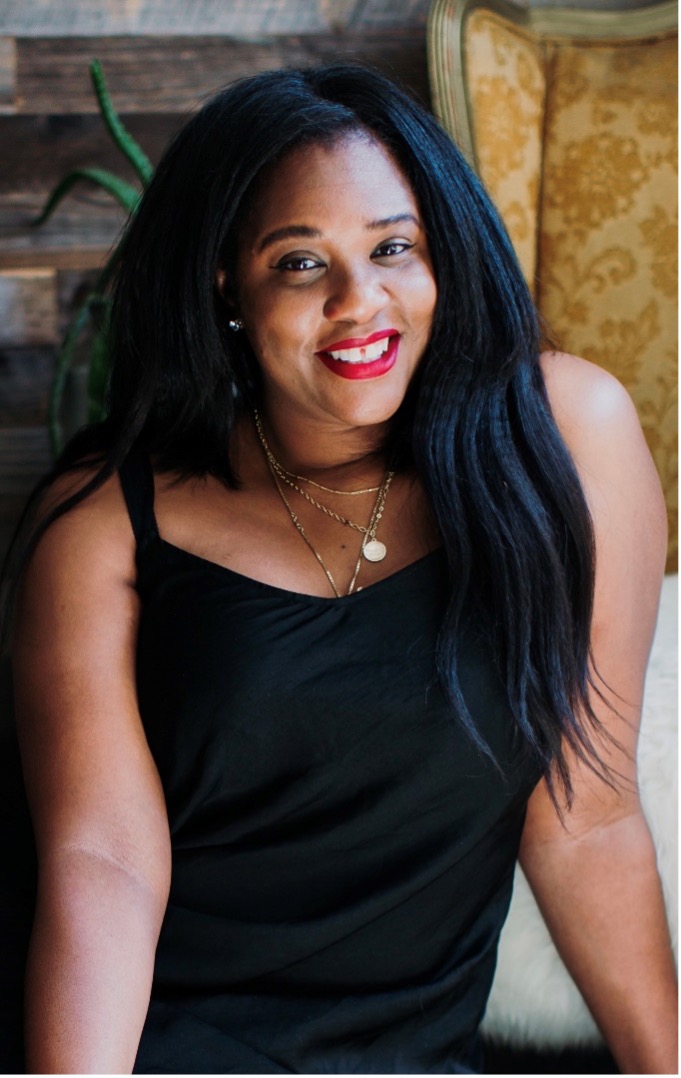 Trish Gauthier is a cancer thriver, advocate and personality. She has been a healthcare professional working with all populations for over a decade and was 37 when she was diagnosed with invasive ductal carcinoma (breast cancer).

Realizing that the second hardest thing after hearing “You have cancer”, was finding a strong community of peers in which to bond and support through such difficult times. Trish serves as an ambassador for the NY chapter of The Breasties.

Whether it’s sharing the dating tales of left and right swiping while navigating survivorship, tips to maintain dialogue with one’s medical team, Trish remains open and honest with her engages Instagram community.

She is also Creative Director and part creator or @hiphop_happyhour.

Trish is an advocate for breast cacer awareness and representation and is actively fighting systems to create an inclusive and progressing movement toward equity. 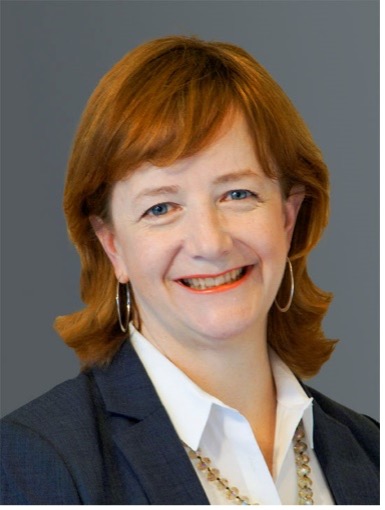 Ruth is a strategic, results-driven clinical research and healthcare management professional with over 25 years of experience. Her proven success has been instrumental in cross-departmental operations and program management throughout the continuum of bench-to-bedside medical research.

Ruth provides leadership, expertise, and operational direction for all research activities within NYCBS as they pertain to research needs, following NYCBS’s vision: contributing to the search for a cure by offering cutting-edge clinical trials and personalized, state-of-the-art treatments that save and prolong lives.

Ruth oversees all research operations, providing leadership to ensure excellence in research performance and integrity. She maintains working relationships with both pharmaceutical and biotech companies with a singular goal of advancing cancer care. 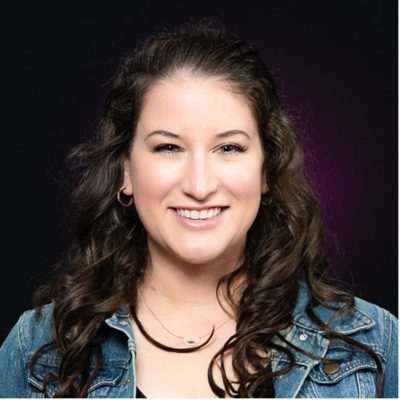 Christina has been working in radio for the past 10 years and has a huge passion for all things music…and DISNEY! Christina has worked alongside some of the biggest names in the industry from The Jonas Brothers, to Ed Sheeran and Kelly Clarkson to Rob Thomas. One of her biggest dreams came true interviewing The Backstreet Boys and on top of that she won an award for the interview! When you don’t hear Christina talking on the air she’s either lending her voice to various voice overs and videos, painting and even singing! And don’t even get her started on her love for DISNEY! Follow Christina on Instagram @TheChristinaKay